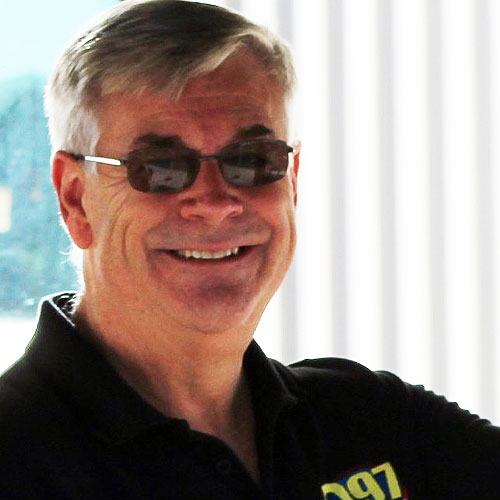 Rick works afternoons on Q97. He has a wife, Beth, a son, David, and a daughter in law, Ashley. He likes the Dodgers, see, cuz he was born in SoCal. He was even in the Dodger Pepsi fan club as a kid. He lives in Palo Cedro, where he frequents the Holiday Quality Foods for late night ice cream runs. He doesn’t ride the family horse, but he’s quite familiar with cleaning up after it, feeding it, and watering it’s trough. He’s loved country since his boss insisted on playing it in the kitchen of the White Horse Inn in Three Rivers CA, where he spent his high school years. The songs that left an indelible stamp on him were “Boney Fingers,” “Sneaky Snake,” and “The Streak!” Oh, and “Rhinestone Cowboy.” Catch Rick 3pm to 7pm  M-F. Rick is also the program director of the station.